This is a website Dad put together for our wonderful dog Molly. 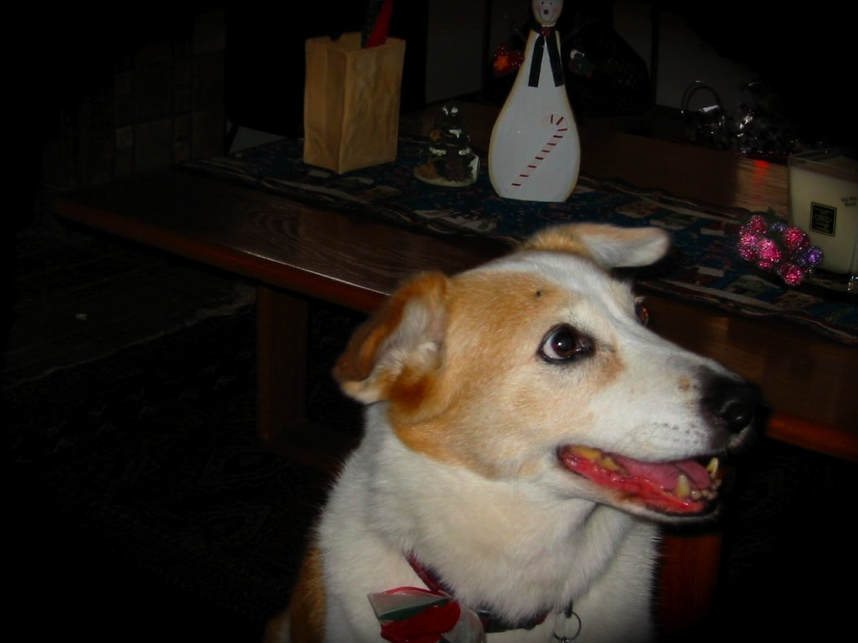 Molly was a good dog, such a good dog. And a pretty girl. When she was with you, you had a friend.

She picked me. I didn’t want a dog, so they sent me to the pound to find one. One way or another, dogs don’t live at the city pound for long. I don’t know what dogs know, but they were a depressed-looking bunch, lying on the filthy concrete, covered with flies, few even bothered to look up. Then a little brown-and-white flop-eared puppy trotted up to the gate and stuck her nose through the chain link. Woof? Such a dog!

Molly was a good dog, except when she was a bad dog. The first few months, she ran away four times. Twice we found her back at the pound. The fourth time, I chased her block after block, through backyards and side gates. She would stop to wait for me, then bolt when I got close with the leash. Finally, I realized who was pulling whose chain. I turned around to walk back home. She followed, and never ran away again. She ate the balusters on the back porch. She ate the leather gear shift knob off my Jeep. She killed Roxy Sox and Mr. Geezer Weezer while they were loose in the backyard. What dogs do.

Once a pit bull got out of the neighbor's yard and growled at the kids. Molly tore into that dog and drove it off. A good dog for sure.

A few years ago, she got a mysterious ailment and stopped eating. Soon she was too weak to stand. She fell down the stairs. The vet found something wrong with her liver, maybe cancer. As the week went on, she got too weak to lift her head and her eyes turned yellow. We made the appointment to put her down for Saturday. Friday night, she ate. Saturday morning, her eyes were clear, her tail was wagging and she wanted a walk. Such a survivor.

This time, she wasn’t pulling out of it. She couldn’t get enough air and was afraid to even lie down. She stopped eating or drinking. Her tail stopped wagging. The spark left her eyes. The vet gave her an injection, she lowered her head to her paws for the last time, and just like that she was gone. So easy.

Thank you, Molly. We love you.